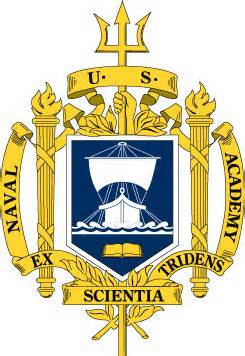 The Naval Academy was founded in 1845 by the Secretary of the Navy, George Bancroft, in what is now historic Annapolis, MD. The history of the Academy has often reflected the history of the United States itself. As the U.S. Navy has moved from a fleet of sail and steam-powered ships to a high tech fleet of nuclear-powered submarines and surface ships as well as supersonic aircraft, the Academy has changed also. The Naval Academy gives young men and women the up-to-date academic and professional training needed to be effective naval and marine officers in their assignments after graduation.

Every day, as the undergraduate college of the naval service, the United States Naval Academy strives to accomplish its mission to develop midshipmen "morally, mentally, and physically."

Moral and ethical development is a fundamental element of all aspects of the Naval Academy experience. As future officers in the Navy or Marine Corps, midshipmen will someday be responsible for the priceless lives of many men and women and multi-million dollar equipment. From Plebe Summer through graduation, the Naval Academy's Officer Development Program is a four-year integrated continuum that focuses on the attributes of integrity, honor, and mutual respect. One of the goals of this program is to develop midshipmen who possess a clearer sense of their own moral beliefs and the ability to articulate them. Honor is emphasized through the Honor Concept of the Brigade of Midshipmen. These Naval Academy "words to live by" are based on the moral values of respect for human dignity, respect for honesty and respect for the property of others. Brigade Honor Committees composed of elected upper-class midshipmen are responsible for the education and training of the Honor Concept. Midshipmen found in violation of the Honor Concept by their peers may be separated from the Naval Academy.

Every midshipman's academic program begins with a core curriculum that includes courses in engineering, science, mathematics, humanities and social science. This is designed to provide a broad-based education that will qualify the midshipmen for practically any career field in the Navy or Marine Corps. At the same time, our majors program gives them the opportunity to develop a particular area of academic interest. For especially capable and highly motivated students, we offer challenging honors programs and opportunities to start work on postgraduate degrees while still at the Academy.

The Academy also provides professional and leadership training. We don't just teach the students about life in the Navy and Marine Corps. After four years at the Naval Academy, the life and customs of the naval service become second nature. First, the midshipmen learn to take orders from practically everyone, but before long, they acquire the responsibility for making decisions that can affect hundreds of other midshipmen. The professional classroom studies are backed by many hours of practical experience in leadership and naval operations, including assignments with Navy and Marine Corps units.

Just as the Naval Academy promotes the moral and mental development of midshipmen, so also must it fulfill its responsibility for each midshipman's physical development. The Naval Academy athletic program, as part of the mission, receives a priority much different than at civilian schools. The athletic teams are an integral part of the overall education of the midshipmen. Athletics provide leadership opportunities and the experiences of team play, cooperative effort, commitment and individual sacrifice. In the academy's program everyone has a wide variety of athletic choices, as well as the required physical education curriculum. The primary goal of the physical education curriculum is fitness, which is so vital for midshipman health, personal appearance and well-being.