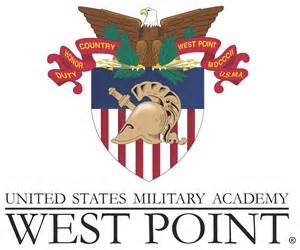 Renowned as the world's premier leader development institution, West Point accomplishes its mission by developing cadets intellectually, physically, militarily, ethically, spiritually, and socially. The student body, or Corps of Cadets, numbers 4,400 and each year approximately 1000 cadets join the Long Gray Line as they graduate and are commissioned as a 2nd Lt in the U.S. Army.

Recent acknowledgments of our success include Forbes.com pronouncing West Point as the Best Public College or University in America for undergraduate education, U.S. News and World Report calling us the Best Public Liberal Arts College in the country, and the Princeton Review designating the Academy as one of the 100 Best Value Colleges for 2009.

The Academic Program consists of 31 core courses which establishes the foundation for elective courses that permit cadets to explore in greater depth a field of study or an optional major. All cadets receive a Bachelor of Science degree, and are fully prepared meet the intellectual requirements of a leader in today's Army.

The Physical Program at West Point includes both physical education classes and competitive athletics. Every cadet participates in an intercollegiate, club or intramural level sport each semester. This rigorous physical program contributes to mental and physical fitness.

The Military Program begins on your first day at West Point. Most military training takes place during the summer, with new cadets undergoing Cadet Basic Training - or Beast Barracks - the first year, followed by Cadet Field Training at nearby Camp Buckner the second year. Cadets spend their third and fourth summers serving in active Army units around the world; attending advanced training courses such as airborne, air assault or northern warfare; or training the first and second year cadets as members of the leadership cadre.

Ethical, Spiritual, and Social development occurs formally and informally throughout your 47 months as a cadet. These include formal instruction in the important values of the military profession, voluntary religious programs, interaction with staff and faculty role models, and a vigorous guest speaker program. Cadets also develop ethically by adhering to the Cadet Honor Code, which states "A cadet will not lie, cheat, steal, or tolerate those who do."

Admission is open to all young men and women, and is extremely competitive. You will be evaluated on your academic, physical and leadership potential. Those candidates who are fully qualified receive appointments to the Academy.

The life of a cadet is demanding, but West Point has the most robust extracurricular activity program in the nation. In fact, the Princeton Review ranked West Point #3 in the nation in the category "More to Do on Campus." On-campus facilities include a ski slope, skating rink, and golf course. Clubs include DJ club, orienteering, rock climbing, and Big Brother-Big Sister. Cadets also get opportunities such as singing backup for Billy Joel as 12 cadets did at his last concerts at Shea Stadium, and holding the American flag and staying for the game as 75 cadets did at the final Major League Baseball All-Star game at Yankee Stadium.

The mission of West Point is:

"To educate, train, and inspire the Corps of Cadets so that each graduate is a commissioned leader of character committed to the values of Duty, Honor, Country and prepared for a career of professional excellence and service to the Nation as an officer in the United States Army."